There is nothing truer than the motif that adorns this production. It indeed only takes a moment to be loved a whole life long. Whether

Sam Harrison’s lyrical love letter to the loves of his life flows beautifully, as over an hour passes without so much as the audience’s knowledge. In his quest to find a love story he truly resonated with, one refreshingly free from the common, albeit important tropes that feature in gay theatre, would be found in his own life experiences.

As made clear in the show, love is something that inspires us in every aspect of our lives, and we are taught its importance from adolescence. Whether that be the celebration of love or our everlasting desire for it, love will last us until the end of time. Sam Harrison’s telling of love is one for the ages, as it remains vitally important that we all see ourselves represented on stage.

A minimal set of two school chairs opens up the stage, allowing for spontaneous bursts of dance that compliment not only the magnificent acting, but the wonderfully written songs. Projections from Sam Harrison’s life project across the back wall, and in the corner is John Reddel. He accompanies the lovingly written songs, but truly shines in the surprising yet absolutely gorgeous and memorable rendition of The Carousel Waltz. From the first note, the audience knows the wonders that are in store.

With theatre credits including Les Misérables and The Phantom of the Opera, Harrison’s training is evident in his strong singing voice. ‘Love Is Only Love’ also allows him to demonstrate his lifelong love of theatre, as the audience is taken on a simultaneous journey through the golden age of Broadway and beyond.

David Seadon-Young, too, shines in this production. He has seemingly mastered every accent he puts to use, from Sam’s young Australian beau to the English rower he admires from afar. He is far from being merely the comedic sidekick, with an equally awe-inspiring singing voice. His credits include An American in Paris, the film adaptation of Les Misérables, and the BBC Proms rendition of Oklahoma, among others.

The Other Palace has emerged as a triumphant playground for new theatre over the last few years, utilising its upstairs auditorium for larger scale productions and the studio downstairs for new material. Though seating 120, it proves an intimate venue for compelling tales and comedy alike.

‘Love Is Only Love’ is the genuine and charming brainchild of Sam Harrison. London theatre will hopefully continue to benefit from his authentic writing that falls nothing short of coming directly from the heart.

‘Love Is Only Love’ will be playing at the studio of The Other Palace until May 15th. 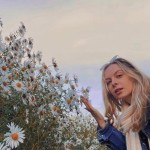