Introducing Chippy Lane Productions, a collaborative theatre company with Welsh heritage working to promote Welsh theatre. Their latest work is BLUE, a seemingly light hearted play about a date that takes a dark turn after dredging up buried family history.

BLUE takes place in the Williams’ Carmarthenshire family home, a dilapidated antiquated setting that ultimately mirroring the family’s troubles. Initially BLUE is delightfully comedic and refreshingly flirty. A few drinks between old acquaintances, Elin (Sophie Melville) and Tom (Jordan Bearnarde), leads to somewhat more than Tom had bargained for. As the plot progresses it becomes clear that something is amiss, Nia Roberts plays a mother clearly wrestling with a dark past whom denies that there’s anything wrong. Her warm motherly demeanour makes it all the more upsetting when the inevitable cracks start to show.

BLUE clearly attempting to tackle important themes like grief and loss, however it feels as though it’s running two story lines. It seems confused as to whether it’s a comedy or a darker, family drama. BLUE’s central character Huw (Gwydion Rhys) always urging the audience to question what’s really going on with the William’s family. Huw is a loveable character, his clumsy attempts at social interaction provide comic relief during tense moments. Despite his mother’s best efforts to find him a suitable boyfriend, his social awkwardness continuously gets in the way. The comedic value added by BLUE’s initial playful tone, although endearing and amusing, perhaps takes away from the overarching theme of dealing with the loss of a loved one to disease.

The gentle nods to Welsh culture and continual comments on social problems faced by the working class in Wales give BLUE a fathomable sense of character. The play’s identity makes the cast feel familiar and their relationships natural, you can’t help but become involved, which makes it all the more tragic when we eventually discover the family’s traumatic past. BLUE is an enjoyable piece but feels as though it’s trying to tackle too many issues in a too short a plot. A gifted and loveable cast yet they are unfortunately left with a lot to do in an enigmatic storyline. 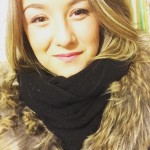