‘Poet In Da Corner’ is a semi-autobiographical piece written by Debris Stevenson, inspired by Dizzee Rascal’s hit album, ‘Boy In Da Corner.’ The album was released in 2003, when Debris was only 13 years old. The narration of Debris’s story is structured according to Dizzee Rascal’s own life, as she adapts his songs in order to present her teenage years within East London. Grime clearly had a significant impact on Debris’s life and growing up, as discovered in the play, as it helped her to better find and express her true self, as well as help to explore her struggle with living in a strictly Mormon household.

As soon as the actors enter the stage, their energy is infectious, encouraging the audience to chant and dance along to the Dizzee Rascal tracks played on a DJ set (even those who, like me, lack any rhythm). When paired with the bright flashing lights, it really does feel as if you are at a grime rave, and this high energy, which consists of fast-paced poetic rapping and cleverly choreographed dance moves, is successfully maintained throughout the entire performance. The performers ability to immediately form a strong and engaging connection with the audience, as they frequently direct their dialogue directly to the audience, makes it easy to empathise with Debris and gain a more intimate insight into her struggles as a teenager.

The upbeat and light-hearted nature of the opening is interrupted by the appearance of grime-artist MC Jammz, who plays SS Viper, Debris’s friend throughout her teenage years. His emergence from within the audience, accusing Debris of stealing his own story and asking, “you writing lyrics about me?” creates an instant shift in tone. From then on it becomes apparent the play will take a darker and more complex turn than at first glance. Viper and Debris are set up in opposition throughout the performance, where they continuously jump from past to present day as Debris attempts to explain her story to him, despite his protest that he is in a worse position than hers. His interjections throughout the play, as he questions her version of the story and her claim to grime, raise important questions concerning race, ethnicity and ownership.

Due to it being a small cast of four, the actors are required to skilfully multi-role in order to create clear distinctions between characters and I feel they give a vibrant portrayal of Debris’s teenage interactions. Stacy Abalogun’s characterisation of Debris’s devout Mormon mother is particularly effective, and is used to mock the strict rules which governed Debris’s teenage life, and in particular her sexuality, as she is constantly reminded to align her actions with God’s wishes. Debris herself appears in her element and at complete ease within her role, making for a raw and powerful portrayal of the pains and struggles she experienced as a repressed teenager searching for her self-identity.

The play offers an interesting insight into grime culture, as despite grime now being a popular genre of music, and often seen as trendy, it has previously been considered a working class genre. Debris does not attempt, however, to challenge or subvert dominant representations of grime, including the derogatory and hypersexualised language used to describe women. Instead, Debris gives a truthful depiction of grime culture, including the less appealing aspects. At times, however, the fast-paced nature of the rapping makes it difficult to follow exactly what is happening, resulting in a lack of clear distinction between scenes. Although, this makes the slower moments, where the performers speak using poetic dialogue, such as Debris’s first sexual encounter with a female and her battle with trauma, even more poignant.

This is a refreshingly modern and unique fusion of theatre with grime, which tackles sensitive topics whilst still creating a lively, light-hearted atmosphere. It shows how theatre is developing in the modern-age and the power creativity and music can have on discovering our true selves. 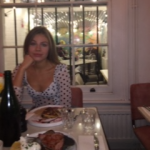